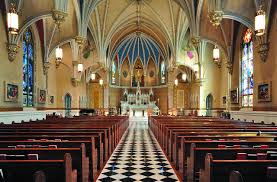 Religious traditions interact with specific cultures in complex and dynamic ways. These interactions influence how religion is perceived and understood within society, particularly around matters of concern to religion. In a multicultural and multifaith society such as Australia, there is a rich diversity of religious traditions reflects many aspects of religion and society throughout the world. (Religion and LIfe ATAR Year 12 syllabus) 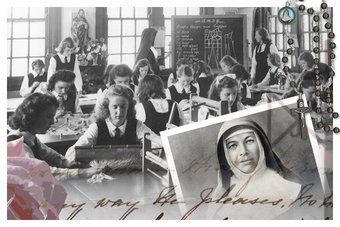 The first Catholics to reside in Australia arrived with the First Fleet in 1788. They were mostly Irish convicts, together with a few Royal Marines. One-tenth of all convicts transported to Australia were Catholic, and half of these were born in Ireland, while a good proportion of the others were English-born but of Irish extraction. Most of the rest were English or Scottish. By the year 1803, a total of 2086 Irish convicts, nearly all of whom were Catholic, had been transported to Botany Bay. Estimates are that about four-fifths of these were ordinary criminals and most of the remainder 'social rebels', those convicted of crimes of violence against property and landlords. Only a very small number could be regarded as genuine political rebels: about 600 in the entire history of transportation, and hardly any after 1803.

Although many Irish convicts were merely nominal Catholics -- in fact, many were quite irreligious -- many others diligently and courageously kept their faith alive despite the fact that, for most of the next thirty years or so, priests were only sporadically available to provide them with the sacraments. According to the 1828 Census, out of a total Catholic population of about 10 000, there were 374 adults who had been born in Australia and raised in a totally lay environment, the Catholic faith passed on to them despite the absence of priests. It was not until 1800 that the first priests arrived in the colony -- as convicts! One of these, James Dixon, was granted conditional emancipation and permission to say Mass for the Catholics of Sydney, Liverpool and Parramatta on successive Sundays, a practice that continued from 1803 until March 1804, when the Castle Hill rebellion so alarmed Governor King that he withdrew Dixon's privileges. Dixon soon after returned to Ireland, and Mass was not legally celebrated again in the colony until Fathers John Joseph Therry and Philip Connolly, chaplains appointed by the Government in London, arrived in 1820. Their arrival can be regarded as the formal establishment of the Catholic Church in Australia.

At least two Catholic schools were established in the early years of the nineteenth century but neither survived very long, and it was not until after the arrival of Therry and Connolly in 1820 that significant development took place. By 1833, there were about ten Catholic schools in the country. From this time until the end of the 1860s, Catholic schools received some government assistance under a variety of schemes, but campaigns for 'free, secular and compulsory' education had begun

in the 1850s and it became increasingly clear that Catholic schools would not be able to rely on government aid for much longer. Between 1872 and 1893, every State passed an Education Act removing state aid to Church schools. This was a turning point for Catholic schools and, indeed, for the Catholic community in Australia. Bishops and people decided to persevere with the Catholic system. With no money to pay teachers, the bishops appealed to religious orders in Ireland and other European countries, and soon religious sisters and brothers were responding to the crisis.
Parramatta Marist High is the oldest Catholic school in Australia with a history and tradition spanning over 190 years. Founded in 1820 by Fr John Therry, the original site was adjacent to St Patrick's Cathedral, Parramatta, and became a highly respected Catholic school for both boys and girls from western Sydney.

Catholics in the post-war era

The 1950s were a boom time for Australian Catholics. Numbers grew rapidly, increasing the proportion of Catholics in the Australian population. Many parishes were established in the new suburbs of the major cities and the number of priests, sisters and brothers continued to expand. The impact of all the effort expended on education was felt as Catholics made noticeable advances in socio-economic status, drawing near to the Australian population as a whole in educational attainment and prosperity. There was a high level of attendance at Mass and other devotional ceremonies, and many Catholics belonged to parish sodalities such as the Sacred Heart Sodality (for women) and the Holy Name Society (for men; it was reputed to have 100 000 members at one stage). At home, large numbers of families recited the Rosary every night or at least once a week, and in the community Catholics stood out because of practices like never eating meat on Fridays. The Catholic community had grown to be what the Irish bishops of the nineteenth century had worked for and dreamed of: a thriving Church based on the Irish model.

Yet in just a few years all this would change, partly in consequence of the enormous social change that Australia underwent in the 1960s and 1970s. One element of this change was the huge post-war influx of non-English-speaking immigrants, including more than a million Catholics from Italy, Malta, the Netherlands, Germany, Croatia, Hungary and numerous other places. When it came to religion, these people had different aspirations, expectations, needs and patterns of participation from those of Catholics of the Irish mould. They needed to be able to attend Mass in their own languages and they needed schools for their children, and the Church responded in practical ways, obtaining priests from the main countries of origin of the immigrants and building new schools and churches at a phenomenal rate.

The first Catholic bishop in Australia was John Bede Polding. Like the man who prepared the way for his arrival and who became his first Vicar-General, William Ullathorne, and like his successor, Roger Vaughan, Polding was an English Benedictine monk. Polding's dream was to establish a Church founded on monastic ideals, in which scholarship and sublime liturgy, accompanied by Gregorian chant, would civilise and convert the new country, just as they had in earlier centuries in Europe. But Polding's priests were mainly Irish, and this was not their conception of what the Church should be like. Their efforts, and the efforts of the Irish bishops who were appointed to other newly established dioceses, soon combined with Australia's singular geographical and social environment to subvert Polding's vision.  Irish clergy dominated Australian Catholic life until fairly recently, and it was not until the 1930s that Australian-born priests outnumbered them. Irish priests continued to come to Australia throughout the twentieth century, a few arriving even in recent years.

The growth of religious orders

There were already a few religious orders in Australia: as well as the Sisters of Charity, there were also, among others, the Good Samaritan Sisters, founded by Polding in 1857, and the Sisters of St Joseph, founded in 1866 by Fr Julian Tenison Woods and Mary MacKillop, now recognised as Australia's first saint. By 1871, these 'Josephites' were running thirty-five schools in the Adelaide diocese. By 1880, there were a total of 815 sisters from all orders teaching in schools; by 1910 the number exceeded 5000. The sisters not only set up schools in the cities but also established little parish schools all over Australia, providing a Catholic education for the children of the bush. Their efforts, with almost no money and in the face of considerable hardship, were nothing short of heroic. The largest of the male teaching orders, the Christian Brothers, had 115 brothers teaching in thirty schools by 1900. Under the influence of the religious orders, Catholic schools not only survived but flourished; the sisters and brothers were to be the mainstay of the schools for a hundred years.