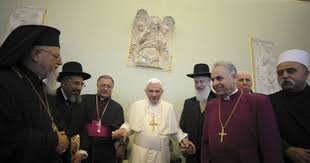 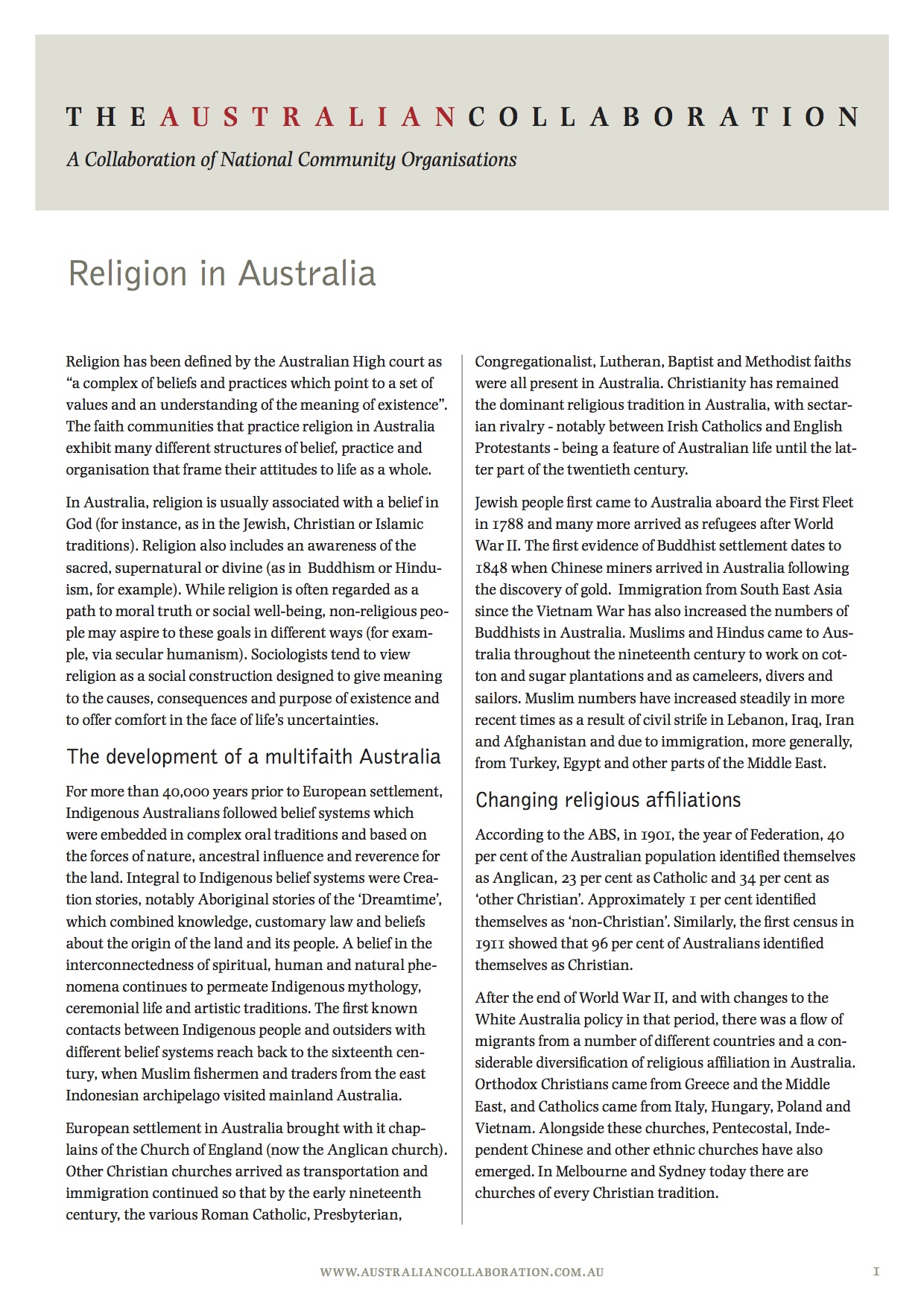 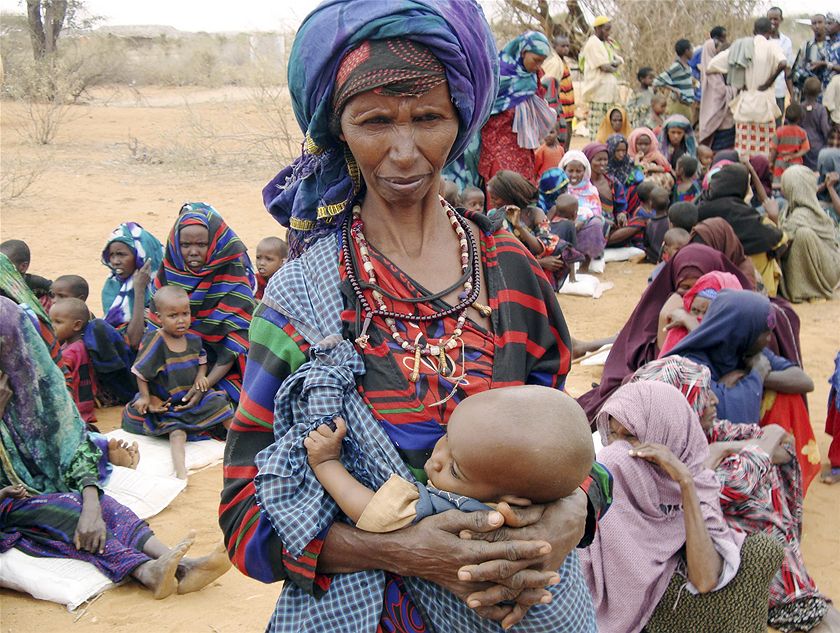 In broad terms the concept of public life refers to the political life of a nation. This concept is much bigger than just government and decision making. It involves all the processes by which a society discusses, debates and decides important issues. In the context of religion and the role it might play in the public life of a particular society a range of questions might be asked. However, such questions will vary from society to society. In western societies such as Australia the following questions might be asked:
The role any religion plays in a society will always be contextual. That is, the particular culture, history and people that make up a particular society will always determine the particular way in which any religion plays a role in the public life of that society.

Summary of religious affiliations in Australia from the 2016 Census. 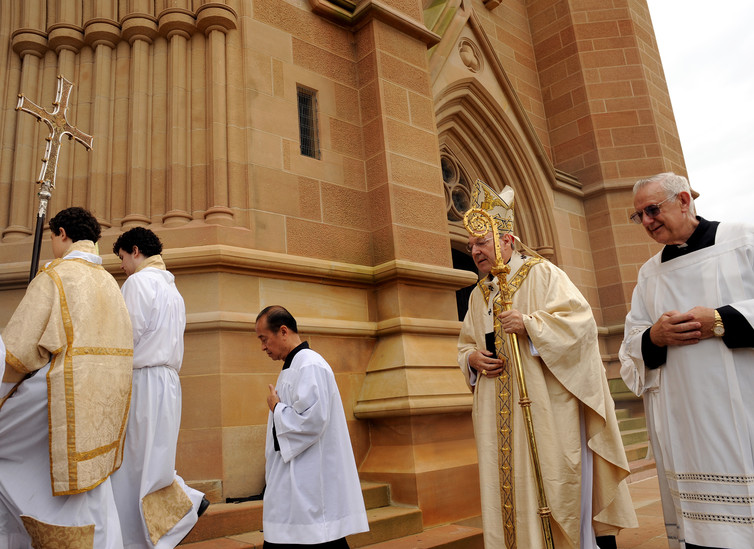