RE ATAR Unit 4: how and why a religion develops and expresses its beliefs

The Sacrament of Marriage 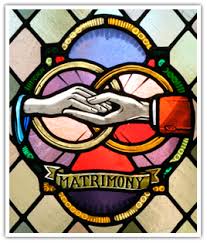 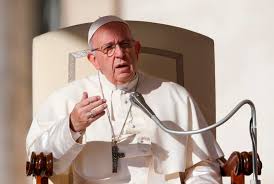 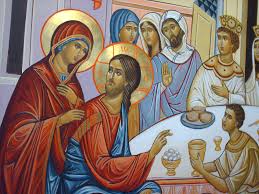 •There is now an acceptance of marriage as a sacrament in the Catholic world
•Marriage is the domain of the Church
•Protestant reformation returned marriage to the secular domain. Protestant understanding that marriage was not instituted as a sacrament in the Bible so it cannot be a sacrament
•“Sola scriptura”
•1601 "The matrimonial covenant, …………………… this covenant between baptized persons has been raised by Christ the Lord to the dignity of a sacrament." – Wedding Feast of Cana

The Council of Trent

•Council of Trent (1545-1563) in response to the Reformation
•marriage affirmed as sacrament
•defending the right of the church to legislate marriage.
•marriage was deemed valid only if celebrated before a priest and 2 witnesses.
•The couple conferred the sacrament on each other.
•The husband and wife are the sacrament in the love they express
•Children - an outward sign of that love
•The grace of the sacrament allowed the couple to live their marital duties
•Indissoluble, faithful, procreative

•Code of Canon Law 1917- used the understanding from 1193 - CANA
•essentially a contract - exchange of rights to sexual intercourse to beget children.
•Rejected sharing of mutual affection or community.
•Primary end of marriage - procreation
•Secondary end of marriage - mutual help and allaying of concupiscence (improper sexual urges)
•Marriage is called a sacrament but the concept of contract is strong

•Pius XI (1930) tried to widen the concept of marriage to a partnership, friendship and seeking of mutual holiness.
•Marriage was argued to be a fundamental community of persons - completing a union and children as a result of that love and not necessarily a primary goal.
•Harmony of the couple was given more value than the procreation- perhaps reducing the number of children due to certain constraints of money/health etc.
•Marriage as a want to have a relationship, give and receive pleasure, strengthen and support, encourage each other- much more personal than legal.
•These ideas were rejected in 1944 and 1951

Expression of the belief

The Second Vatican Council’s “Constitution on the Church in the Modern World” expresses “high esteem” for marriage and family life, and speaks of the “lofty calling” of spouses and parents.

The title of one of the constitution’s sections refers to “the nobility of marriage and the family,” a nobility to be fostered.

Marriage, the constitution says, is a “vocation.”

The council esteemed conjugal love as a sign to others of Christ’s own love for the church. And today it is not uncommon for church leaders to insist that the entire church benefits from the love within committed marriages and that a doubtful society needs to witness the possibility of such love.

In their 2009 national pastoral letter titled “Marriage: Love and Life in the Divine Plan,” the U.S. Catholic bishops had this to say about marriage as a vocation:

“The church teaches that marriage is an authentic vocation or divine call. As a vocation, marriage is just as necessary and valuable to the church as other vocations.”

The bishops explain that “the call to love reaches beyond the home to the extended family, the neighborhood and the larger community.” They add that “this marital and familial love finds its complete expression, following the example of Jesus himself, in a willingness to sacrifice oneself in everyday situations for one’s spouse and children.”

Fifty years may seem a long time, but echoes of the Second Vatican Council’s teaching on marriage and family are heard frequently in the 21st century church.

In a major document Pope Benedict XVI released this September titled “The Church in the Middle East,” he spoke about marital love and family life, saying:

“Conjugal love is not a fleeting event, but the patient project of a lifetime. Called to live a Christ-like love each day, the Christian family is a privileged expression of the church’s presence and mission in the world. As such, it needs to be accompanied pastorally and supported in its problems and difficulties.”

Is Pope Benedict speaking the language of Vatican II in remarks like this one? In its “Pastoral Constitution on the Church in the Modern World,” the council says that “by the joys and sacrifices of their vocation and through their faithful love, married people will become witnesses of the mystery of that love which the Lord revealed to the world.”

The constitution urges priests trained in family matters to “nurture the vocation of spouses by a variety of pastoral means.”

Over time, the constitution also suggests, the love of a husband and wife ought to “grow and ripen.”

Again, are the U.S. Catholic bishops speaking the language of Vatican II when, in their national pastoral letter on marriage, they describe themselves as “troubled by the fact that far too many people do not understand what it means to say that marriage — both as a natural institution and a Christian sacrament — is a blessing and gift from God.”

The “Constitution on the Church in the Modern World” teaches that “authentic married love is caught up into divine love and is governed and enriched by Christ’s redeeming power and the saving activity of the church.” Does that sound like a blessing?

This love, it adds, will aid and strengthen spouses in their roles as parents.

By virtue of the sacrament of marriage, the constitution states, “as spouses fulfill their conjugal and family obligations, they are penetrated with the spirit of Christ. This spirit suffuses their whole lives with faith, hope and charity.”

• Vatican II – context - marriage began to become more grounded in love than in family alliances, sex shifted to love bonding values. (from age of reason, enlightenment period)
• Vatican II turned away from the language of primary and secondary ends of marriage (after much disagreement and contention)
• saw marriage primarily as a sharing of life by 2 human beings who love each other.
• The procreation seen as primary all along is now seen as grounded partly in marital love and partly in the orientation of marriage itself.
• The language of covenant and sharing was used
• ‘a conjugal covenant of irrevocable consent’

Procreation was seen not as the primary end but as an essential end among many.

Marriage as an unbreakable covenant between persons and for the good of children hence demands the mutual love of the spouses to grow and mature in a rightly order.

Even in the absence of children the marriage persists as a sharing of all life and holds its valued and indissolubility.

47# reasons for church teaching on marriage

50#precreation of children as supreme gift

saw marriage as a mutual giving of persons to form a communion of their beings as the object of marital consent with procreation being the culmination of that communion.