RE ATAR Unit 1: the key features of one religious belief or teaching

Within each religion, as well as across religions, there is complexity and diversity. In general terms, a religion is a system of beliefs and practices that guides how people live. Each religion offers particular insights and understandings about life. These find expression in a variety of religious beliefs, teachings and practices. Followers of each religion also come together to express aspects of their religion through worship, celebrations, rituals, and by observing special events and seasons. 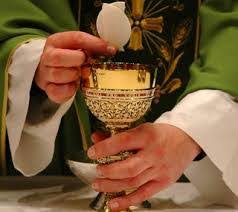 Vocabulary
prejudice [ prej-uh-dis ] (noun) an opinion or insufficient information that is not based on fact or actual experience.

secular [ sek-yuh-ler ] (adjective) denoting attitudes, activities, or other things that have no religious or spiritual basis.

religious freedom [ ri-lij-uh s free-duh m ] (noun) the right to practice any religion you choose, or to live without any religion at all

tolerance [ tol-er-uh-ns ] (noun) a fair, open, objective, and permissive attitude toward those whose opinions, beliefs, practices, racial or ethnic origins, etc., differ from one's own

Summary of Religions and Beliefs

Agnosticism
Agnosticism is the view that the truth of metaphysical claims regarding, in particular, the existence of a god or gods, or even ultimate reality, is unknown and may be impossible to know. One can be an agnostic as well as an atheist or religious believer.

Atheism
Atheism describes a state of having no theistic beliefs; that is, no beliefs in gods or supernatural beings.

Baha'i
The Baha'i Faith began in Persia in 1844 with the declaration of a new religion, distinctive from the Shi'a Islam found there. Key beliefs include belief in one God; the unity of mankind; equality of opportunity for men and women; and elimination of prejudice.

Buddhism
A way of living based on the teachings of Siddhartha Gautama. The Five Precepts are the basic rules of living for lay Buddhists – refrain from harming living beings; taking what is not given; sexual misconduct; harmful speech; and drink or drugs which cloud the mind.

Christianity
Based on the teaching of Jesus Christ. Christian groups differ in their interpretation of his teaching, life, death and resurrection, but these matters are at the heart of the way of life of all of them. What Christians believe...

Humanism
Humanism is the belief that we can live good lives without religious or superstitious beliefs. Humanists make sense of the world using reason, experience and shared human values and aim to make the best of the life we have by creating meaning and purpose for ourselves. Humanists work with others for the common good. [symbol © British Humanist Association].

Hinduism
An ancient tradition of related beliefs and practices that developed in the Indian subcontinent. Core ideals and values shared by most Hindus would include respect for elders; reverence for teachers; regard for guests and tolerance of all races and religions. What Hindus believe...

Islam
Revealed in its final form by the Prophet Muhammad (peace be upon him). The essentials of Muslim practice are summarised in the five pillars of Islam – declaration of faith; ritual prayer; welfare; a month of fasting during Ramadan; and pilgrimage. What Muslims believe...

Jainism
An ancient philosophy and ethical teaching that originated in India. The main principle is ahimsa – the avoidance, where possible, of physical or mental harm to any living being. Jainism is a religion without a belief in a creator god.

Judaism
Based around the Jewish people's covenant relationship with God. Jews believe they are challenged and blessed by God. Love of one's neighbour is the great principle of social life and the founding inspiration of the Jewish community. What Jews believe...

Sikhism
The religion founded by Guru Nanak in India in the 15th Century CE. There is one God, people should serve by leading a life of prayer and obedience. Sikhs believe their soul then passes through various existences and will become one with God.

Zoroastrianism
Zoroastrianism is a religion founded in ancient times by the prophet Zarathushtra, who taught that Ahura Mazda (Lord of Wisdom), the all powerful and perfect creator, grants humans Vohu Manah – a clear rational mind with which to dispel ignorance.

Before going into the details of each sacrament, it is useful to reiterate one of the most important things about the sacraments — that they’re means which God uses to show His grace and help us achieve salvation. The word sacrament means “a sign of the sacred,” which is fitting as they are all outwards signs from God to us.

Not only are they signs, they’re also celebrations of a continued journey and relationship with God, teachings to help live out His word and ceremonies to show devotion to Him.

In the Bible, Christ gives his followers clear instructions on how to administer and receive each of the sacraments. This is seen through his work with the Apostles, healing the sick, parables, giving his body and blood to nourish our souls and forgiving sinners. The Church administers these holy sacraments as instructed, in order for all to worship God and receive His salvation.

The seven sacraments are baptism, confirmation, Eucharist, penance, anointing of the sick, marriage and holy orders. They are divided into three categories: sacraments of initiation, sacraments of healing and sacraments of service.

Eucharist means thanksgiving. This is when Christ’s body and blood are offered and then received by the parishioner in the form of bread and wine. Christ during the Last Supper broke bread, ate it, gave it to his disciples and told them to eat it. Now the priest, through the words of consecration, blesses and administers the Holy Communion during every mass to remind followers that they are one with Christ. Food and drink nourishes our bodies ‒- Christ’s blood and body nourishes us spiritually.