RE ATAR Unit 1: the concept of religion and being religious

The Search for Meaning 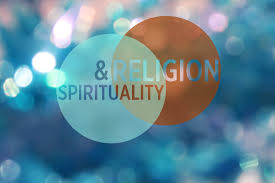 In general, it includes a sense of connection to something bigger than ourselves, and it typically involves a search for meaning in life. As such, it is a universal human experience—something that touches us all.

"For the purpose of law, the criteria of religion are twofold: first, belief in a Supernatural Being, thing or Principle; and the second, the acceptance of canons of conduct in order to give effect to that belief, though canons of conduct which offend against the ordinary laws are outside of any immunity, privilege or right conferred on the grounds of religion." Australian Bureau of Statistics, 1996

"A religion is regarded as a set of beliefs and practices, usually involving acknowledgement of a divine or higher power, by which people order the conduct of their lives both practically and in a moral sense." Australian Bureau of Statistics, 1996

The Difference between Religion & Spirituality