RE ATAR Unit 4: how and why a religion develops and expresses its beliefs

Within each religion, as well as across all religions, there is complexity and diversity. In general terms, a religion is a system of beliefs and practices that guides how people live. Each religion offers particular insights and understandings about life. These find expression in a variety of religious beliefs, teachings and practices. Followers of each religion also come together to express aspects of their religion through worship, celebrations, rituals, and by observing special events and seasons. (Religion and LIfe ATAR Year 12 syllabus) 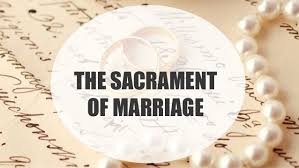 As a sacrament, marriage reveals divine grace to the world. It is not simply a symbol pointing ro divine love; it is divine love myseriously hidden within the joys and sorrows of human life. In all the sacraments we experience transformation. Through the form and matter of the sacraments things of the world become new. We who participate in the sacraments become new.

Humankind are part of the created order; marriage is believed to be good and pleasing - an action intended by God. The Covenant between God and the Israelites was one of the most significant events of the Old Testament, as God saved the people of Israel from slavery and bought them to salvation.

Due to this occurrence marriage is referred to and specifically relates to the Covenant. God is symbolised as the "groomsman" and the Israelites as the "bride".

The inclusion of marriage among the sacraments gives the Roman Catholic Church jurisdiction over an institution that is of as much concern to the state as it is to the church. The church claims complete jurisdiction over the marriages of its members, even though it is unable to urge this jurisdiction in modern secular states. The sacrament in Roman Catholic teaching is administered by the spouses through the exchange of consent. The priest, whose presence is required, is an authorized official witness; in addition, the church requires two other witnesses. Marriage is safeguarded by a number of impediments that render the marriage null whether they are known or not, and the freedom of the spouses must be assured. This means that the Roman Catholic Church demands an unusually rigorous examination before the marriage, and this in turn means that it is practically impossible to marry on impulse in the Catholic church. All of this is for the purpose of assuring that the marriage so contracted will not be declared null in the future because of some defect.

The rigid Roman Catholic rejection of divorce, which is based on the teachings of Jesus, has been a major cause of hostility toward the church in the modern world. Absolute indissolubility is declared only of the marriage of two baptized persons (Protestants as well as Catholics). The same indissolubility is not declared of marriages of the unbaptized, but the Roman Catholic Church recognizes no religious or civil authority except itself that is empowered to dissolve such marriages; this claim is extremely limited and is not used unless a Roman Catholic is involved. Declarations of nullity, however, should not be confused with divorce nor be thought of as a substitute for divorce.

The onerous conditions that Roman Catholicism formerly imposed upon non-Catholic partners in “mixed” marriages have been relaxed significantly since Vatican II, particularly as regards written promises that the children will receive religious education in the Roman Catholic faith. The church’s former rigidity toward such marriages has also largely disappeared. They may now be celebrated in church during the mass, and a Protestant minister or a Jewish rabbi may share the witness function with the priest. 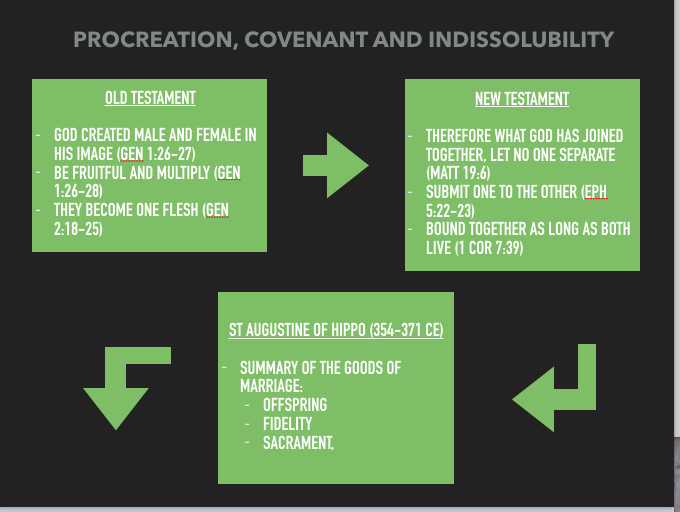 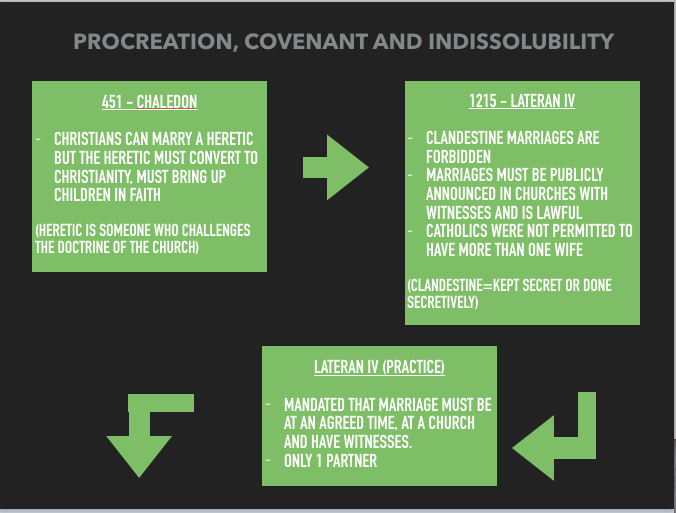 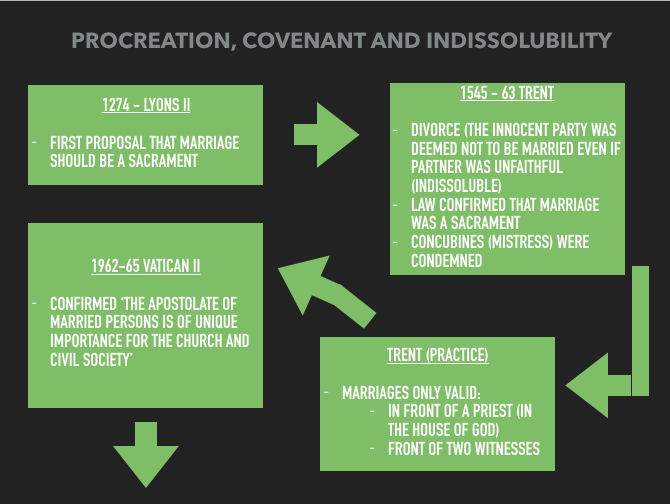 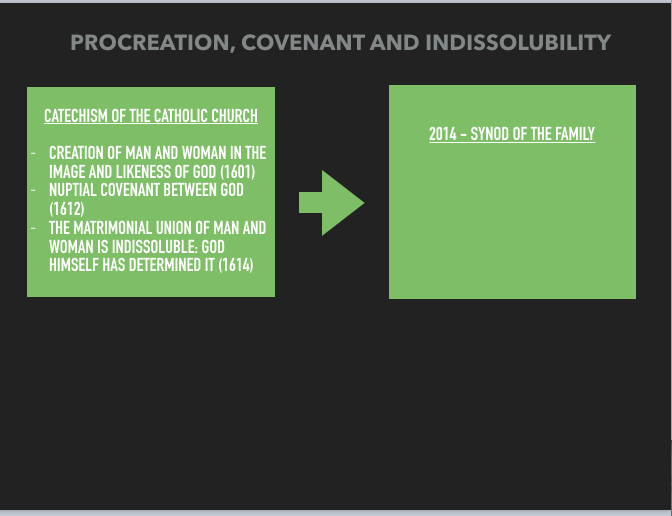 why it is developed

CCC 161 This is what the Apostle Paul makes clear when he says: "Husbands, love your wives, as Christ loved the Church and gave himself up for her, that he might sanctify her," adding at once: "For this reason a man shall leave his father and mother and be joined to his wife, and the two shall become one. This is a great mystery, and I mean in reference to Christ and the Church". Eph 5:25