RE ATAR Unit 4: the interplay between the life of one significant religious person, their context and religion

St Paul - a significant religious person for the Catholic Church 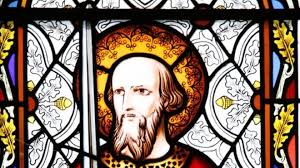 Paul spent much of the first half of his life persecuting the nascent Christian movement, an activity to which he refers several times. Paul’s motivations are unknown, but they seem not to have been connected to his Pharisaism. The chief persecutors of the Christian movement in Jerusalem were the high priest and his associates, who were Sadducees (if they belonged to one of the parties), and Acts depicts the leading Pharisee, Gamaliel, as defending the Christians (Acts 5:34). It is possible that Paul believed that Jewish converts to the new movement were not sufficiently observant of the Jewish law, that Jewish converts mingled too freely with Gentile (non-Jewish) converts, thus associating themselves with idolatrous practices, or that the notion of a crucified messiah was objectionable. The young Paul certainly would have rejected the view that Jesus had been raised after his death—not because he doubted resurrection as such but because he would not have believed that God chose to favour Jesus by raising him before the time of the Judgment of the world.

Whatever his reasons, Paul’s persecutions probably involved traveling from synagogue to synagogue and urging the punishment of Jews who accepted Jesus as the messiah. Disobedient members of synagogues were punished by some form of ostracism or by light flogging, which Paul himself later suffered at least five times (2 Corinthians 11:24), though he does not say when or where. According to Acts, Paul began his persecutions in Jerusalem, a view at odds with his assertion that he did not know any of the Jerusalem followers of Christ until well after his own conversion (Galatians 1:4–17). 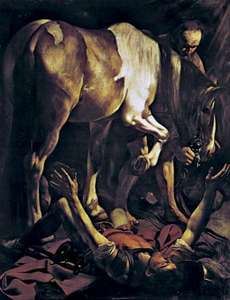 Paul was on his way to Damascus when he had a vision that changed his life: according to Galatians 1:16, God revealed his Son to him. More specifically, Paul states that he saw the Lord (1 Corinthians 9:1), though Acts claims that near Damascus he saw a blinding bright light. Following this revelation, which convinced Paul that God had indeed chosen Jesus to be the promised messiah, he went into Arabia—probably Coele-Syria, west of Damascus (Galatians 1:17). He then returned to Damascus, and three years later he went to Jerusalem to become acquainted with the leading apostles there. After this meeting he began his famous missions to the west, preaching first in his native Syria and Cilicia (Galatians 1:17–24). During the next 20 years or so (c. mid-30s to mid-50s), he established several churches in Asia Minor and at least three in Europe, including the church at Corinth.