RE ATAR Unit 3: how social factors impact on how people interact with religion

The Search for Meaning 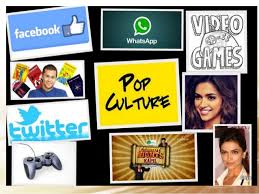 People search for and find meaning in life in many ways. In response to the search for meaning, many people find answers in religion and choose to follow a particular religious way of life. How a person interacts with religion is shaped by the context of their life, both social and personal. There are many examples of people who illustrate the role religion plays in a person's search for meaning in life. (Religion and Life ATAR Year 12 syllabus)

What are social factors?

The world in which a person lives creates a range of social factors that have the potential to either support, hinder or obstruct how a person and a religion interact.

One social factor that impacted the way that people lived their lives during World War II, the beliefs and attitudes that they formed and the way that they interacted with others, was Fascism. Fascist leaders believe that the strength of the country is more important than the well-being of the people. They rule as dictators, or rulers with unlimited power. They often use violence. This social factor hindered people in their relationship with others.

The world in which a person lives creates a range of social factors that have the potential to either support, hinder or obstruct how a person and religion interact. Some examples include: • A culture that focuses on material possessions and/or consumption of goods • Historical issues and events that inform and colour how people view religion • The presence of social disadvantage or hardship such as poverty, poor health conditions or even war • Social attitudes and philosophies that promote, marginalise or reject religion and/or religious matters; these can include, for example, some forms of secularism, militant atheism, and Christian humanism • Political ideologies and administrations; for instance in a theocracy or in a communist society • People that inspire, motivate or direct how people should act and even think in relation to a religion (the leadership of such people, individually or collectively, could be conscious or unconscious). Such factors create a climate in which ideas and/or actions have the potential to colour or influence how people and religion interact. In contemporary Australian society there are many social factors that impact on how people interact with religion in general as well as with particular religions. Surveying, describing and analysing these factors requires the use of good analytical skills and make use of a variety of source documents that identify, illustrate and comment on the social factors that impact on how people interact with religion.

These factors can influence a person to reject religion and hence turn away from its beliefs and teachings.

Religion in its turn can influence a given social factor and the way it is present in society.

Social Media Social Media is not only a means of sharing our opinions and attitudes towards social issues, in its own right it is a social issue. The emergence of social media and the development of mobile technology has aided our ability to instantly share information, our attitudes and opinions. We are well aware of the negative effects that social media has on individuals such as cyber bullying and other online dangers but it can be used in a range of positive and productive ways. If used correctly social media has the ability to bring together communities, share information efficiently and effectively to a mass audience of followers. It is being used by institutions, commercial and not for profit, to transform the way in which they interact with customers, clients and members.

The Church's interest in the Internet is a particular expression of her longstanding interest in the media of social communication. Seeing the media as an outcome of the historical scientific process by which humankind “advances further and further in the discovery of the resources and values contained in the whole of creation”,[1] the Church often has declared her conviction that they are, in the words of the Second Vatican Council, “marvellous technical inventions” [2] that already do much to meet human needs and may yet do even more. Thus the Church has taken a fundamentally positive approach to the media.[3] Quoting Pope Pius XII's 1957 encyclical letter Miranda Prorsus, the Pastoral Instruction on the Means of Social Communication Communio et Progressio, published in 1971, underlined that point: “The Church sees these media as ‘gifts of God' which, in accordance with his providential design, unite men in brotherhood and so help them to cooperate with his plan for their salvation”.[5] This remains our view, and it is the view we take of the Internet. The modern media of social communication are cultural factors that play a role in this story. As the Second Vatican Council remarks, “although we must be careful to distinguish earthly progress clearly from the increase of the kingdom of Christ”, nevertheless “such progress is of vital concern to the kingdom of God, insofar as it can contribute to the better ordering of human society”.[8] Considering the media of social communication in this light, we see that they “contribute greatly to the enlargement and enrichment of men's minds and to the propagation and consolidation of the kingdom of God”.[9]

Young people in particular need to be taught “not only to be good Christians when they are recipients but also to be active in using all the aids to communication that lie within the media...So, young people will be true citizens of that age of social communications which has already begun” [34]—an age in which media are seen to be “part of a still unfolding culture whose full implications are as yet imperfectly understood”.[35] Teaching about the Internet and the new technology thus involves much more than teaching techniques; young people need to learn how to function well in the world of cyberspace, make discerning judgments according to sound moral criteria about what they find there, and use the new technology for their integral development and the benefit of others.

Each religion offers a way of life that seeks to provide people with meaning and purpose in life. How each person responds to what is offered by religion varies and is influenced by how they encounter and interact with religion in general, as well as with particular religions. Further, how people respond to and interact with religion varies throughout life. This process is dynamic and complex. A variety of factors influence how a person throughout their life interacts with religion. Such factors include the context of a person’s life, the experiences each person has in life and the world in which they live. For some, religion does not register as anything important, with little known or understood about religion or particular religions. Some may be immersed in a culture or way of life rich in religion without ever having consciously reflected upon the merits of the deeper meanings offered by a religion. For others, there may be a much more conscious approach of either accepting or rejecting religion. A person’s awareness of religion, interest in or reaction to religion may change throughout their life. How a person responds to religion will be influenced by the circumstance of their life, how they encounter religion and religious matters, and the context of the world in which they are living.