RE ATAR Unit 2: Current Issues for a Religion 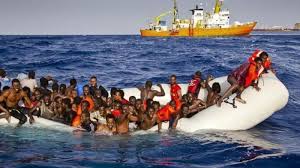 All religions, in order to remain both authentic and relevant, constantly reflect on how best to respond to changing values and attitudes in society. Rapid changes in such things as technology, the media, family life, marriage and other dimensions of social life all have the potential to create issues within society that in turn become matters of concern or interest for particular religions.

The Universal Declaration of Human Rights

On 10 December 1948, the United Nations General Assembly in Paris proclaimed the Universal Declaration of Human Rights. This milestone document was drafted by a panel of representatives with various legal and cultural backgrounds, and has since been translated into over 500 different languages. The document specifies the fundamental human rights that apply to all people, are to be universally protected.

Article 14 of the Universal Declaration of Human Rights stipulates:

Australia was one of eight nations involved in the drafting of the Universal Declaration of Human Rights, and is a party to the declaration.

What is the Difference Between Asylum Seekers and Refugees?

Ted-Ed. (2016, June 16). What does it mean to be a refugee? - Benedetta Berti and Evelien Borgman. Retrieved from https://www.youtube.com/watch?v=25bwiSikRsI

Until 1951, there was no commonly accepted term for people fleeing persecution. People who fled their country were known as stateless people, migrants or refugees. There were no universally recognised definitions for these categories and different countries treated these people in different ways.

Following the mass migrations caused by the Second World War (particularly in Europe), it was decided that there needed to be a common understanding of which people needed protection and how they should be protected. This resulted in the development of the 1951 Convention relating to the Status of Refugees, which defines a refugee as:

"Any person who owing to a well founded fear of being persecuted for reasons of race, religion, nationality, membership of a particular social group or political opinion, is outside the country of his/her nationality and is unable, or owing to such fear, is unwiffing to avail himself/herself of the protection of that country."

Who are asylum seekers?

An asylum seeker is a person who has sought protection as a refugee, but whose claim for refugee status has not yet been assessed. Many refugees have at some point been asylum seekers, that is, they have lodged an individual claim for protection and have had that claim assessed by a government or UNHCR. Some refugees, however do not formally seek protection as asylum seekers. During mass influx situations, people may be declared "prima facie" refugees without having undergone an individual assessment of their claims, as conducting individual interviews in these circumstances is generally impracticable (due the large numbers involved) and unnecessary (as the reasons for flight are usually self-evident). In other cases, refugees may be unable to access formal status determination processes or they may simply be unaware that they are entitled to claim protection as a refugee.

What is the difference between a refugee and a migrant?

A migrant is a person who makes a conscious choice to leave their country to seek a better life elsewhere. Before they decided to leave their country, migrants can seek information about their new home, study the language and explore employment opportunities. They can plan their travel, take their belongings with them and say goodbye to the important people in their lives. They are free to return home at any time if things don't work out as they had hoped, if they get homesick or if they wish to visit family members and friends left behind.

Refugees are forced to leave their country because they are at risk· of, or have experienced persecution. Their concerns of refugees are human rights and safety, not economic advantage. They leave behind their homes, most or all of their belongings, family members and friends. Some are forced to flee with no warning and many have experienced significanttrauma or been tortured or otherwise ill-treated. The journey to safety is fraught with hazard and many refugees risk their lives in search of protection. They cannot return unless the situation that forced them to leave improves.

People who choose to migrate for economic reasons are sometimes called "economic refugees", especially if they are trying to escape from poverty. However, they are not refugees under international law. The correct term for people who leave their country or place of residence because they want to seek a better life is "economicmigrant".

Internally displaced persons (IDPs) are often referred to as refugees. However, while refugees and IDPs may flee for similar reasons (for example, armed conflict or persecution), their legal status is very different. Unlike refugees, IDPs remain within the borders of their home countries and are legally under the protection of their own government, even in cases where the government's actions are the cause of their flight. A person cannot be recognised as a refugee unless they are outside their home country.

The term "refugee" is also used colloquially to refer to people who have been displaced due to a natural disaster (such as an earthquake or volcaniceruption) or environmental change.

Asylum Seekers and Australia: is the debate over?

SBS Viceland. (2015, July 23). Asylum seekers and Australia: is the debate over? Retrieved from https://www.youtube.com/watch?v=kO1AKcBUkp4