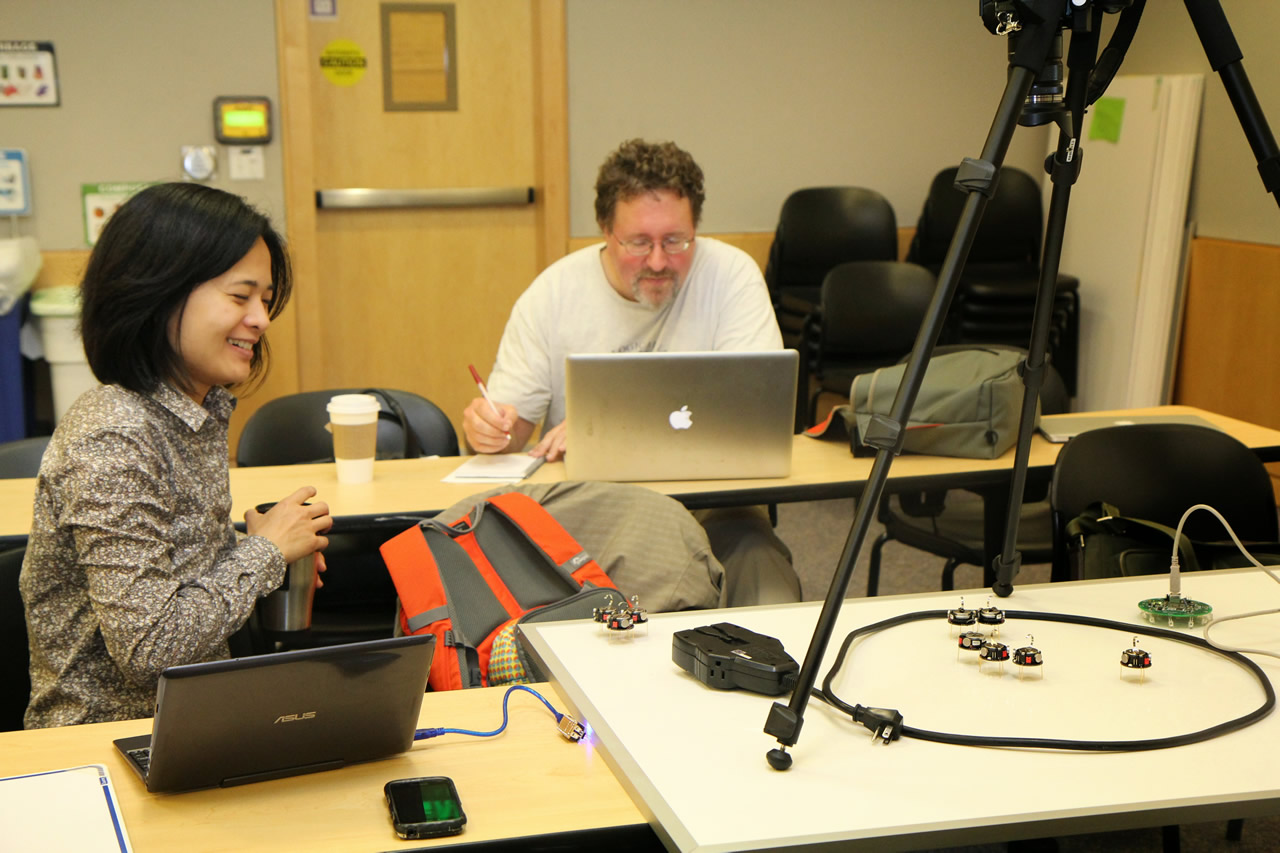 Researchers at Harvard University recently created a swarm of over 1000 robots, capable of communicating with each other to perform simple tasks such as arranging themselves into shapes and patterns. These "kilobots" require no human intervention beyond the original set of instructions and work together to complete tasks. These tiny bots are based on the swarm behaviour of insects and can be used to perform environmental clean-ups or respond to disasters where humans fear to tread.

The concept of driverless cars also relies on this system, where the cars themselves (without human intervention, ideally) would communicate with each other to obey traffic laws and deliver people safely to their destinations.