Model of the CRISPR-CAS9 gene editing complex from Streptococcus pyogenes
Richter, V. (2016, April 18). What is CRISPR and what does it mean for genetics? Retrieved November 18, 2016, from https://cosmosmagazine.com/biology/what-crispr-and-what-does-it-mean-genetics 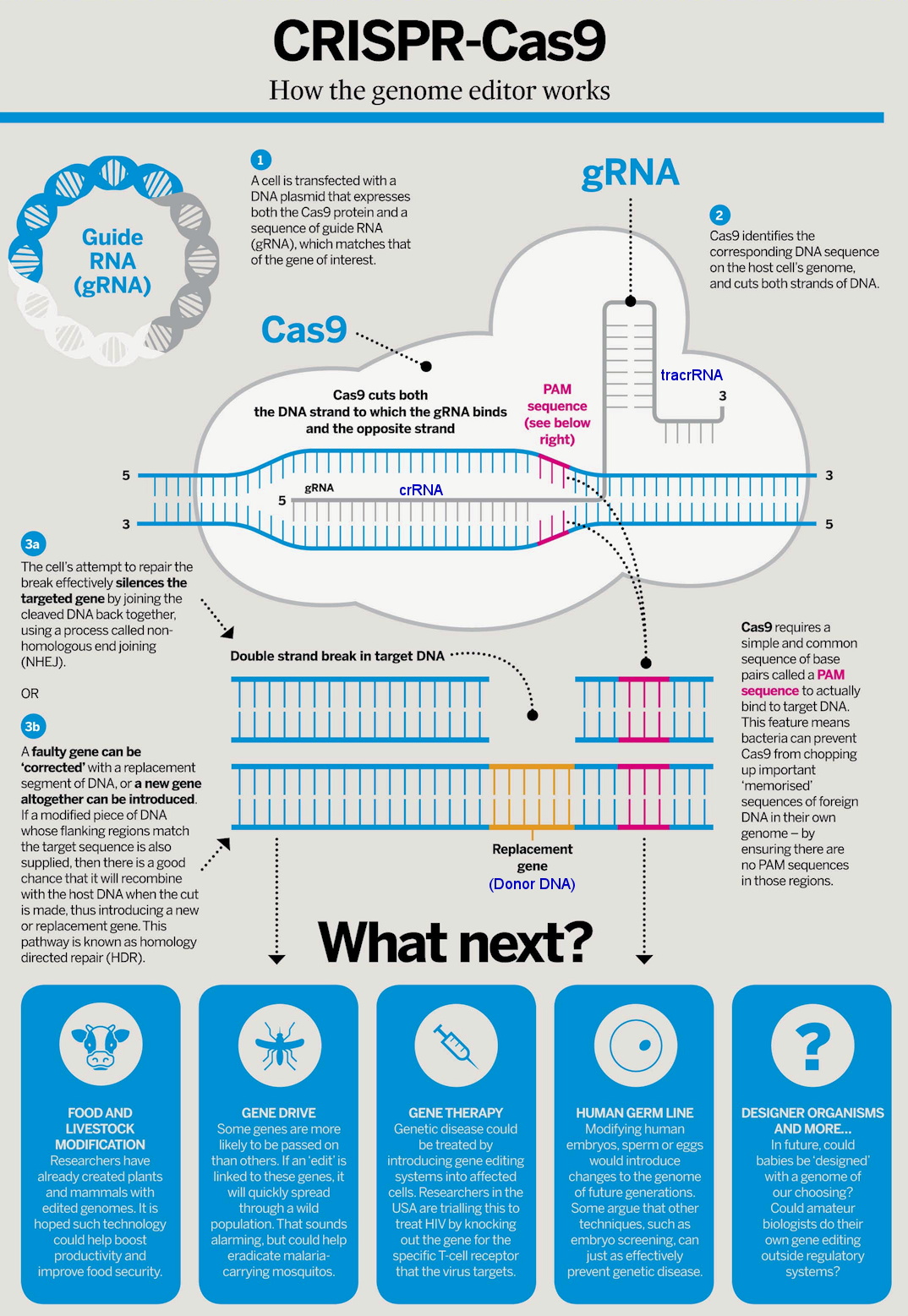 Only in the last decade have scientists discovered the potential and application of the newly discovered technology, Clustered Regularly Interspaced Short Palindromic Repeats (CRISPR). CRISPR originated from bacteria when bacteriophages (viruses) inserted their their genetic code into the bacteria in an attempt to create more viruses as part of the viral life cycle. It was noticed that those bacteria that survived the virus were able to create what we now call CRISPR until a subsequent incident of viral infection took place in the same bacteria. The CRISPR sequence, made up of an enzyme called Cas9 and a guide RNA (ribonucleic acid) would scan the newly introduced viral genome and the Cas9 enzyme would work as a pair of scissors and cut out the viral genome, thus deactivating the virus.

Scientists have since discovered that they can program the guide RNA to any sequence of their choice. CRISPR essentially can edit the genome of any organism. This technology has many applications that were never thought possible.